We all know that the 2000 election was... how shall we put it... egregiously buttfucked. And we all suspect that the aught-four election was given some gentle massage with, for some, a Happy Ending. So what about 2008? Well, there's been a lot of talk going on about voter fraud recently, especially with ACORN, but they're not the ones we should be watching: The GOP are.

Of the two parties, the GOP has been far more active in creating roadblocks for voter registration and actual voting than the Democrats ever have. Check out the recent news about GOP operative Nathan Sproul, who received money from the McCain/Palin campaign, and is now under investigation for voter registration fraud.

The career of Mr Sproul, a former leader of the Arizona Republican Party, is littered with accusations of foul play. In Minnesota in 2004, his firm was accused of sacking workers who submitted Democratic registration forms, while other canvassers were allegedly paid bonuses for registering Bush voters. There were similar charges in Pennsylvania, West Virginia, Oregon and Nevada.

That year, Mr Sproul’s firm was paid $8,359,161 by the Republican Party, according to a 2005 article in the Baltimore Chronicle, which claimed that this was far more than what had been reported to the Federal Elections Commission.

So, much in the same way that tapping Sarah Palin for his VP defanged McCain's "inexperience" talking point, this should be crippling his accusations against ACORN and Obama's connection with same.

Speaking of which, if we were to compare the two instances of registration fraud, I have to side with ACORN. Sproul is being accused of deliberately hindering the electoral process and conducting a campaign of intimidation and mendacity to further his political goals. He is trying to diminish voter rolls. Keep that in mind.

ACORN is accused of handing in blatantly fraudulent voter registrations forms from people who are do not, in fact, exist, a result of their policy of paying per registration. Here's the thing, though: they are required by law to hand in any registration they receive. This should be a no-brainer for anyone who wants the democratic process to run smoothly - don't let people pick and choose who will register and who won't. So, prior to handing in the forms they've collected, ACORN flags the suspicious ones so that the election officials can give them another look to determine their validity. Are they making more work for election officials? Absolutely. And frankly, our democracy is worth the overtime. Regardless, ACORN is attempting, clumsily, to expand the voter rolls.

So, given the choice between diminishing the pool of eligible voters and expanding it, which should you pick?

I'm not well-known for being a populist. Or an idealist. I have my doubts about the wisdom of the Electorate, but after the last eight years I think I can be forgiven them. But I love democracy, I really do. I love the idea of it, that each person has the same decision-making power of every other person. Your religion, your salary, your race, your origin, your background, your loves, your hates, your history - they're all irrelevant to the value of your vote. Your vote may not be worth much - it's not going to change the world, especially if you're not voting in a swing state - but it has value. It is a measure of your dedication to the ideals of the nation that you make a conscious choice as to who you want to lead you for the next four years.

Some people don't want you to have that power.

The next two weeks are only going to get more vicious - McCain is running low on funding, and it doesn't look like any more is on its way. Voter registration fraud isn't quite as sexy as palling around with terrorists, but while McCain is busy floundering around across the country, there are dedicated workers in Nevada, Pennsylvania, Virginia, Colorado and all the other swing states doing everything they can to prevent voters from going to the polls on November 4th. You should know by now if your registration is good and where you need to be two Tuesdays from now. If you don't, well, it might be too late. In the meantime, write letters and make phone calls. Not to the RNC, they'll just flush you down the memory hole. Call the press. Tell them that you're really interested in knowing how the voter suppression thing is going, and you'd really appreciate them doing their, y'know, jobs. Palast and Kennedy can't do all the heavy lifting, after all....

Snippet the First: Washington Post - Al-Qaeda endorses John McCain. I am not making this up, as Dave Barry would say. Al-Qaeda, whom you may remember are not exactly our biggest fans, are just tickled pink over the current financial meltdown and have endorsed John McCain. On their website al-Hesbah (and I think I just earned myself a visit from the FBI just for Googling that), they've said that John McCain as President would continue the policies of George W. Bush, which would lead the United States further into moral and literal bankruptcy.

If I were Barack Obama, my palms would be itching right now. He shouldn't touch this, shouldn't even think about using it against McCain. Let the press do it, let surrogates handle it, but he should appear to remain above the fray of who is a bigger pal of terrorists. Don't worry, Barack, people will bring it up. Keep your hands clean.

Snippet the Second: Politico.com - RNC shells out $150k for Palin fashion. There you go, hockey moms - she's just like you, right? Wasn't that the logic behind her rising popularity? We had women saying, "She's just like me - a real person who has a real life, so I'm gonna vote for her instead of that elitist Barack Obama." So... how many regular working-class ladies are wearing clothes from Saks, Barney's and Bloomingdales that are worth enough to buy a small house in "Real America?" Damn few, I'd bet. And the really funny part is that this might be a gross violation of campaign finance regulations, and the Federal Elections Commission is asking some rather uncomfortable questions.

Wow, writing at 2 AM is not always the best idea.

Anyway, according to the article, the campaign spokeswoman says that all the clothes will be donated to charity after the campaign. Sure they will....

The candidates have to look good - there's no question about that. In this hyper-media age, if Palin were to wear her old Alaska suits, she would have been ripped apart on the basis of her poor fashion sense, instead of being ripped apart for real reasons. I think a candidate for President or Vice President should look their best, and if that means shelling out some hard cash to do it, so be it. But don't lie to us about it and break election laws. It's not like McCain - or at least his wife - couldn't have slipped a little cash Palin's way to get herself glammed up a bit.

Snippet the Third: Because I couldn't go to bed without telling y'all this. According to Zogby International, Obama's lead is increasing. Here's the breakdown, and I'll emphasize the part that made my head asplode:

Tied. Among NASCAR fans. If I could have picked a group that was on the fence about electing Barack Obama, it certainly wouldn't have been NASCAR fans, which means I have some preconceptions to work through.

Forget the Emmys, Golden Globes, Peabodies.... Mad Men is about to get some real recognition.

Mad Men to be spoofed in Simpsons Halloween special

Via my Dad, who always finds this stuff.... 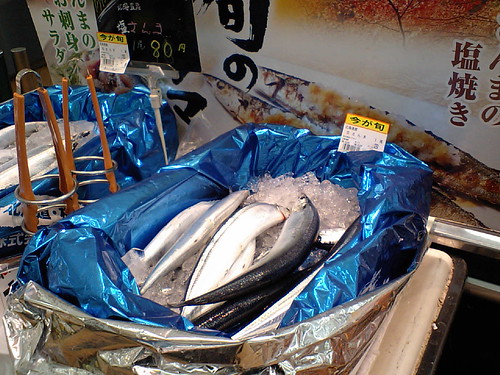 This is topic #5 for

therealljidol - OPEN TOPIC. This means, of course, that I can talk about anything I want. This may be a good thing, or it may be a bad thing. We shall see....

A couple of months ago, I wrote an entry regarding my opinions on the God of the Bible and how he is not a god with whom I wish to be associated. I still think it was pretty good, although I was a little disappointed that it didn't get me any hate mail. Anyway, at the end, I wrote the following:

I don't expect my opinion of God, or my reasons for it, to influence anyone else's. I believe that everyone is entitled to their vision of who or what God is, and that since no version of God can be proven to be the right one, any version is as valid as any other. My personal God is a Deist God - God doesn't really care about us. God - also known to me as the Illimitable Beauty of the Natural Universe - doesn't answer prayers, doesn't help football teams, and couldn't care less about you or me or any other individual, nation, or world. God simply is, and will always be, long after we, our beautiful planet, and indeed the rest of the universe as we know it has vanished.

I actually have a Second Theory of God, a slightly more uplifting and optimistic one, but that'll come in a later post....